Five Things you Must Try When in Buenos Aires

Buenos Aires is a meat and wine lover’s paradise. The dishes served were prepared perfectly and left my tastebuds so happy. From burgers to steak to pasta, the Argentinian locals truly know what they’re doing in the kitchen. Almost everything I tried in Buenos Aires was executed well (the exception is ramen – haven’t quite mastered that flavor profile yet but I tried it not expecting much). Here are five items that you must try when visiting the amazing city of Buenos Aires.

I’ll be completely honest that one of the things I was looking forward to most when planning my trip was trying the steak. I was NOT disappointed one bit. I visited two steak houses, Don Julio and La Carniceria, both located in Palermo Soho. Don Julio was my favorite of the two due to the perfect cut of ribeye and the pure taste of beef. It wasn’t masked by any crazy seasonings or overloaded on salt. Both establishments cooked the steak perfectly – requested medium rare. I’ll also add that the chorizo from La Carniceria was the best I’ve ever had, so be sure to order that along with the parilla cut. 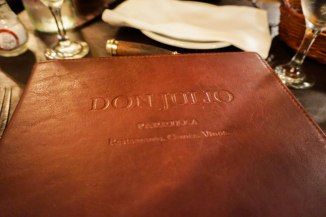 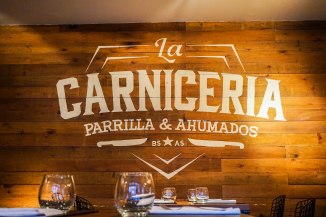 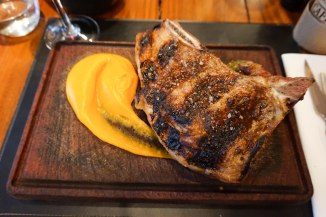 Choripan is a popular sandwich in Argentina consisting of chorizo. There are variations of this sandwich, but the main ingredients are quite simple: chorizo, bread, and a sauce such as chimichurri. I had my first choripan experience at Chori located in Palermo Soho, which I discovered through Yelp. I went with the Credo Ahumado, which was served on cheese bread and filled with sweet smokey chorizo, mushroom, lettuce, and a garlic sauce. While the sandwich looked simple, the flavors were far from that.

I am an ice cream addict and I had no idea that Buenos Aires would offer such amazing ice cream! There were tons of shops located all around the city, so I made sure to try a variety of places. Even one (called Alchemy) that provided ice cream that contained alcohol and yes, you could actually taste the liquor. My friend even got a nice little buzz from it. I didn’t even have to look up establishments to try, I could go to any one I passed by and be pleased with the outcome.

Now this should be a given, but is beyond important to clearly state that you must try red wine in Buenos Aires. Argentina (Mendoza to be exact) is known for producing my favorite varietal of wine, Malbec. You’ll notice a large variety of bottles to choose from when dining at restaurants, starting at just $13/bottle. I visited Pain et Vin, which is a cute little wine shop in Palermo that offers tastings. You can go in and ask for a flight of 3 wines or make a reservation for a more in depth tasting. While we mainly stuck to Malbec when ordering wine while dining, we were able to purchase a bottle of Cabernet Franc directly from a bar. That was exciting because 1. Cab Franc isn’t widely found in the states and 2. I’m used to having to purchase bottles from grocery stores not at a bar at 1AM. 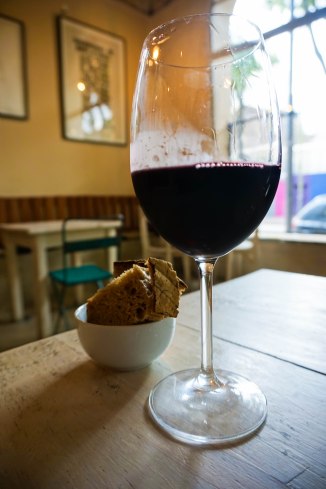 An empanada is a stuffed pastry that’s popular all over Latin America. They’re commonly filled with meat, cheese, vegetables, or a combination of all. For my taste of Argentinian empanadas, I went to 1810 Cocina Regional. For their lunch special, you got two empanadas and a soda for only 75 pesos (about 5 USD). I ordered the carne picante and pollo asado. The pastry was perfectly flaky and the filling was full of spices. It was the perfect lunch at such a great price.

Now, don’t limit yourself to just these 5 items when visiting Buenos Aires. This amazing city is filled with all sorts of delicious treats. I even had one of the best pasta dishes at an Italian restaurant there! I can guarantee you that you’ll leave with a happy and full stomach.